On the way to the road transport of the future, truck platooning plays an important role. Various field tests are currently under way in Europe to see how the networked truck groups work in practice. DHL is also at the forefront to intensively have a look at this innovative technology. When it comes to truck platooning, associations with the animal kingdom are not so far off: A leading truck in front, with all the others obediently following it looks like a family of ducks. The individual members of the platoon drive at a much closer distance than required by the previous road traffic regulations. This is made possible by digital networking of the vehicles. If the lead vehicle turns, the other vehicles turn as well, if it slows down, so do all the others. Of course, this only works if, above all, the rear trucks in the chain drive fully automatically. With human reaction times, it is impossible to achieve the desired distances of a few meters in a safe manner.

But why even attempt to drive networked truck convoys with minimum distances? The expected benefits are significant:

What may in theory seem simple bearing in mind today’s driver assistance systems, digital transmission technology and advances in the field of autonomous driving, have now to be proven in practice. The top priority is the safety of both the drivers (still) in all vehicles and the other users of the road. Accidents have to be ruled out as far as humanly possible before lawmakers in individual countries will show any willingness to change regulations and allow platooning in general. In order to gain practical experience and advance the technology, the EU has developed the “Vision Truck Platooning 2025” roadmap. The goal: The development of a safe, commercially-available technology package by 2025. Based upon the findings gained over the course of the project, the harmonization of the corresponding regulations in the Union is also planned. DHL is at the forefront of each phase, as the following two examples show.

The Netherlands: The perfect test route

Smart Mobility is very important in the Netherlands. Its central location and the very robust logistics industry are the best prerequisites for corresponding practical tests. Therefore, the Benelux State has been given the lead in implementing the EU Roadmap. At the end of the first project phase, Amsterdam was the destination of the European Truck Platooning Challenge, where test convoys from all over Europe drove there. In early 2018, the next section of “Vision Truck Platooning 2025,” consisting of everyday tests in predefined corridors, was launched. The coordination will be carried out by a state-owned agency, in which science, the transport industry, administration, and stakeholders such as motorist associations and safety organizations are equally represented. For the tests, routes have been planned both within the country and to the bordering Benelux states. DHL Paket is on board here. For its part of the platooning field tests, the logistics service provider planned the following routes: Rotterdam – The Hague – Hengelo, as well as Zwolle – Utrecht. In the future, a convoy consisting of three trucks will operate on the shorter second stretch, transporting an average of 2,500 roll containers. On the long haul, there is a group of two vehicles underway, loaded with a mix of pallets and packages. The first trips are planned for late 2018. In all the network-controlled trucks, drivers are always able to intervene.

The British Ministry of Transport launched an initial field test in the area of platooning in late 2016. The requirements: A convoy size of three trucks, a test duration of 28 weeks with an initial test phase in a safe environment, and a subsequent phase on public roads. DHL Supply Chain has applied for the practical conduct in a consortium led by the consulting firm TRL. This syndicate was awarded the contract in Fall of 2017 and preparations are currently underway for the first phase. The plan is to drive the road portion of the field test on the route between the Midlands and Avonmouth, near Bristol. Participation in the Dutch project played a significant role in the selection of the offer from TRL and DHL Supply Chain.

The future of freight traffic?

The results of the tests could decisively change the road freight traffic of tomorrow. The vision of ultimately leading convoys of three or more trucks from a lone leader of the pack and thus significantly reducing space, fuel, and workload can become reality. DHL is right up front for the ride, not at least for sustainability reasons. Because every bit of energy saving is completely in line with the Group’s goal of achieving emissions-free logistics by 2050. 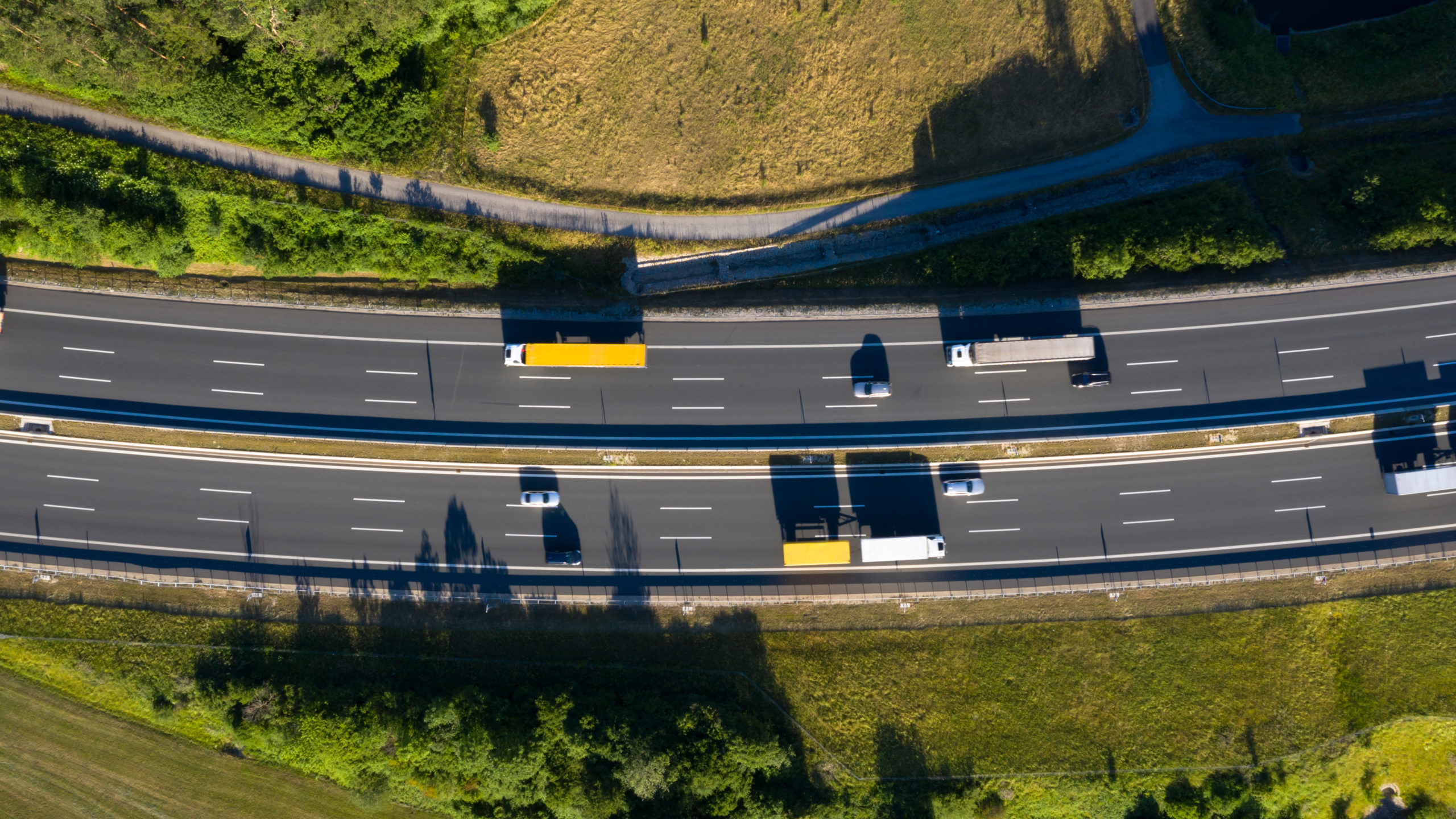 We are facing a decisive decade. The course we set now, is destined to have a significant impact on the ...

[In addition to passenger transport, the introduction of electric mobility to freight transport is also essential. This will enable goods transport to join the environmentally friendly movement. Positive examples show that the industry is on the right track.