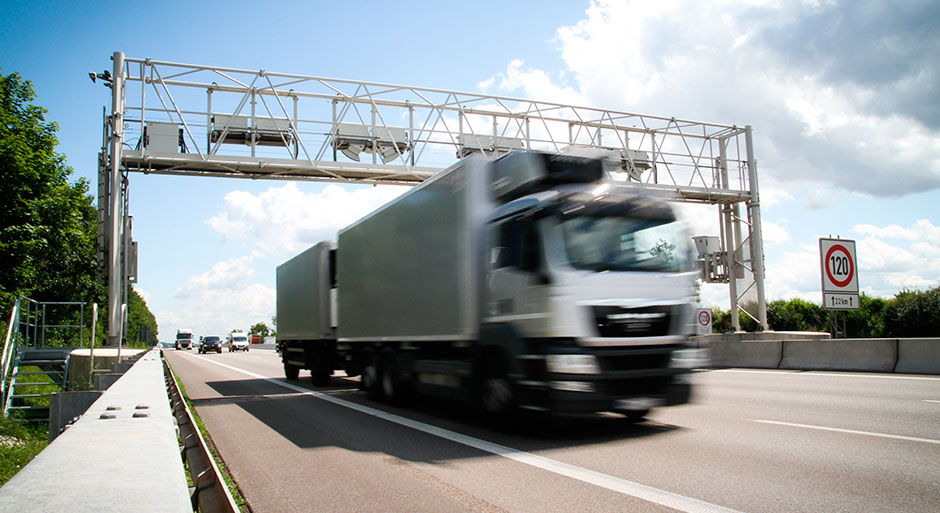 <!--[CDATA[A new road toll system called Platon Electronic Toll Collection (ETC) was introduced in November 2015 specifically for vehicles exceeding 12 tons of gross vehicle weight (HGV N3 sub-category). The money which will be raised – estimated to be 50 billion rubles (US$896 million) a year – will help offset the damage caused to Russian Federal Highways by these heavy vehicles. According to the Russian federal agency operating motorways, Rosavtodor, up to 58% of damage to the major expressways and smaller road networks is caused by trucks weighing in excess of 12 tons. The annual cargo traffic in Russia is about 5 billion tons, and the damage caused each year to the roads is estimated at 180 billion rubles ($3.16 billion). There are plans to install some 480 special stationary gates and about 100 mobile ones on the 51,000 kilometer-long federal highways to manage payment and routes. Given their total annual mileage on federal highways, the optimum tariff was calculated at 3.73 rubles ($0.068) per kilometer. The ETC is payable in advance either through the purchase of toll tickets via mobile apps or at a toll service office. For vehicles eqipped with on-board units (2 million units will be distributed to drivers free of charge), the ETC charge is calculated automatically and HGV owners can top up their accounts either online, or at a toll service office or toll collect terminal. Trucks with an on-board unit are tracked using GLONASS/GPS software which updates the trucks’ location data and sends it to a centralized data processing centre via cellular networks.

As the situation in Russia is changing rapidly and changes are occurring constantly please get in touch with the DHL representant in the next DHL Freight branch in case of detailed questions.

[An industry in search of freight