The EU Commission has presented its proposals for a binding reduction in carbon dioxide emissions. Truck manufacturers have reacted with disbelief and sounded the alarm: not technically feasible, they say. Really? The draft resolutions presented in Brussels in May 2018 showed a lot of adjustments: a 15 percent reduction of CO2 emissions for future trucks by 2025 and a 30 percent reduction by 2030, were demanded the EU Commission. In addition in autumn 2018, the Parliament's Environment Committee went even further by increasing the target to 35 percent. The values of 2019 can be taken as reference and all newly registered vehicles are affected. The limit values for CO2 are intended to bring more vehicles onto the roads with alternative drive systems that emit very little or no carbon dioxide at all. This is about a European average which all car manufacturers have to adhere to for the cars they sell. Politicians are even calling for companies to be punished with heavy fines, if necessary, in case they do not reduce emissions further. Not surprisingly, manufacturers and lobbying associations argue that these goals go too far.

The German Association of the Automotive Industry (VDA) and the European Association of Manufacturers (ACEA) expressed clear criticism of the resolutions. VDA President Bernhard Mattes explained that these would not be economically and technically feasible. He warned that the European industry would be unduly burdened  in the competition and that jobs would be endangered. "Furthermore, targets do not ultimately help the climate goals if they cannot be met," Mattes added. Matthias Maedge, who represents the International Road Transport Union (IRU) in Brussels, takes a similar view. He commented: "According to the current technology forecast, a 35 percent reduction will require a switch to electrification, which will not yet be market-ready for long-distance traffic. Achieving such a target could therefore lead to a shift of investment towards smaller and less efficient vehicles, which will ultimately lead to more congestion and thus more CO2 emissions".

Regulation is made more difficult by the fact that there is no test cycle for trucks analogous to that for passenger cars, and because official data on consumption and pollutant emissions of the vehicles is not available. The EU Commission is currently using a simulation model in which manufacturers are involved. As sufficient data is not yet available for special trucks and buses, the Commission will initially propose CO2 limits for only 70 percent of heavy goods vehicles. Requirements for buses, for example, are to be introduced at a later date.

A change of heart has begun

The debate also has its good side: the discussion alone can already contribute to launch fuel-efficient trucks for transport companies. European manufacturers are actually prepared to set ambitious CO2 targets. Requirements, however, are their technical feasibility and cost-effectiveness. The IRU is concerned that the planned CO2 reduction of 35 percent by 2030 is not feasible if only exhaust emissions are taken into account. The target for 2030 should therefore only be set during the fixed review of the 2022 targets, when more information is available.

Germany on the right track

There is practically no doubt that the composition of fleets at the propulsion level will change dramatically. The first vehicles to be used are likely to be those for inner-city traffic. Germany is a good example: 28 percent of the companies surveyed in the 2018 CVO Fleet Barometer by Arval Germany already have electric transporters in their fleets or are planning to have them in the near future. This puts Germany ahead of the average of 26 percent for all European countries surveyed. Only the pioneers Netherlands, Great Britain, Belgium and Switzerland are ahead of Germany in this area.

Still in an experimental stage

Various manufacturers are currently producing both light and heavy commercial vehicles with electric and hydrogen fuel cells on the drawing board. But with a few exceptions, they are not yet ready for series production. It is still too early to establish regulations and standards for these technologies, but political pressure is already considerable. "Liquid natural gas (LNG) remains an important alternative for heavy commercial vehicles in order to achieve the goal of decarbonization," emphasizes Matthias Maedge of the IRU. Hybrids that mix diesel with advanced biofuels or natural gas – including the addition of biomethane – also provide ideal options for reducing CO2 and pollutant emissions, according to the IRU.

Practical solutions instead of theory

Deutsche Post DHL Group is a pioneer in this trend and already set itself targets that go far beyond those of the EU, namely a reduction of all logistics-related emissions to zero by 2050. Not surprisingly, for example, DHL Freight already has purely electric vehicles such as the 7.5-ton FUSO eCanter or LNG trucks in long-distance service.
Nor is it surprising that the first market-ready electric transporter in the light commercial vehicle segment is manufactured by a wholly-owned subsidiary of Deutsche Post DHL. More than 8,000 StreetScooters made by the company of the same name are in use at DHL’s parent company and are also enjoying ever greater popularity outside the group. The WORK XL for example shows up to 20 cubic meters of loading volume and over one ton of payload and the next larger variant is already in the starting blocks for electric delivery traffic.

Innovation instead of opposition

According to the Intergovernmental Panel on Climate Change (IPCC), it is still feasible to limit global warming to 1.5 degrees, which would allow the risks to remain manageable. However, this goal can only be achieved through rapid progress in all fields. This is one of the reasons why the EU is putting on the pressure when it comes to the reduction of CO2 emissions. The example clearly shows that companies are prepared to go along. In the end, purely technical arguments may actually prove to be too short sighted. It seems more sensible to invest more and faster in real innovations.

[Sweden has opened the world's first e-highway, where trucks can drive with electricity from overhead cables.

With Eurapid, DHL Freight is offering the first climate-neutral road freight premium service on European roads at no additional cost. ... 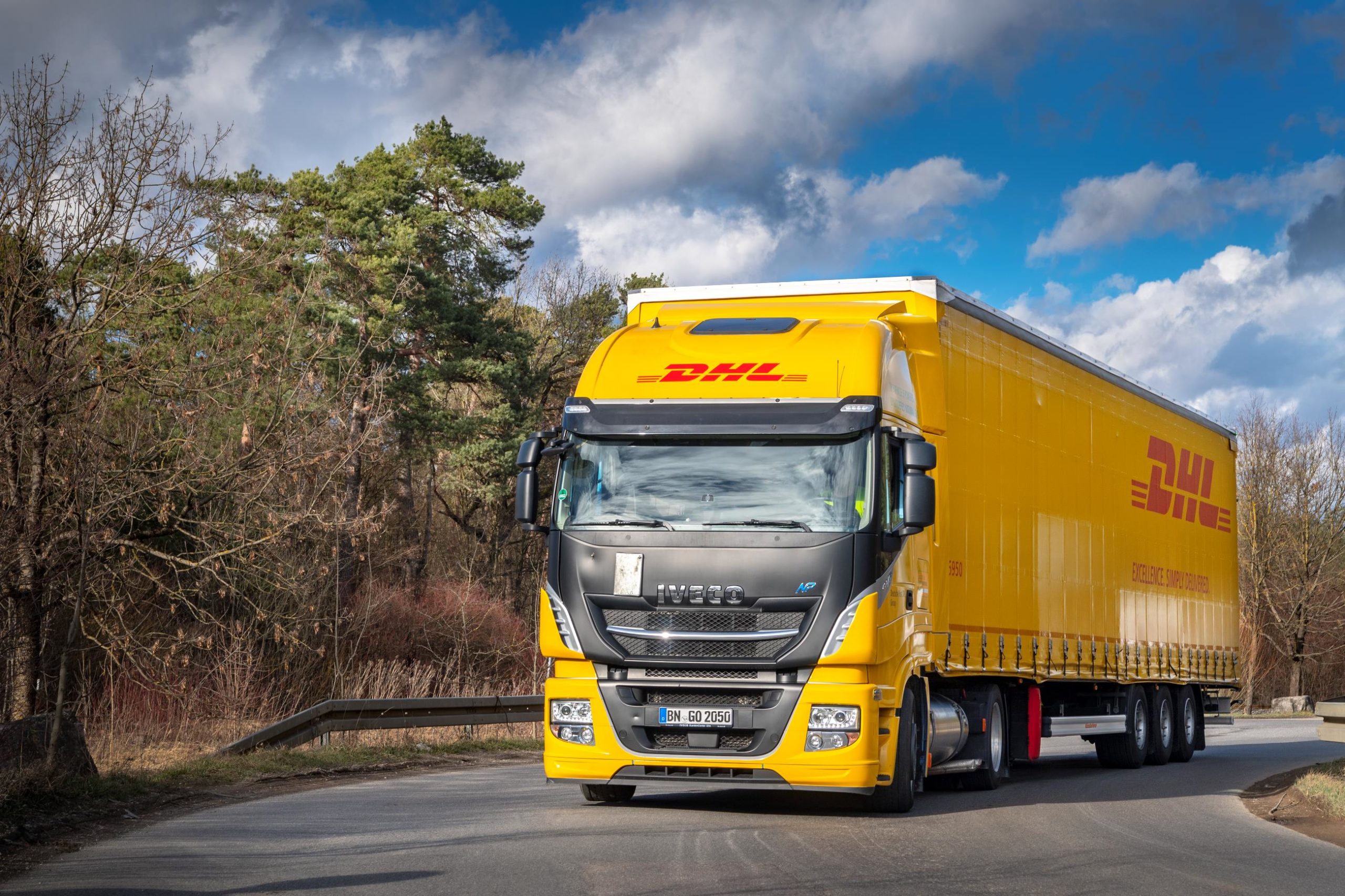 Sustainable fuels are important pillars of the logistics of the future. In various field trials, we are therefore constantly testing ...