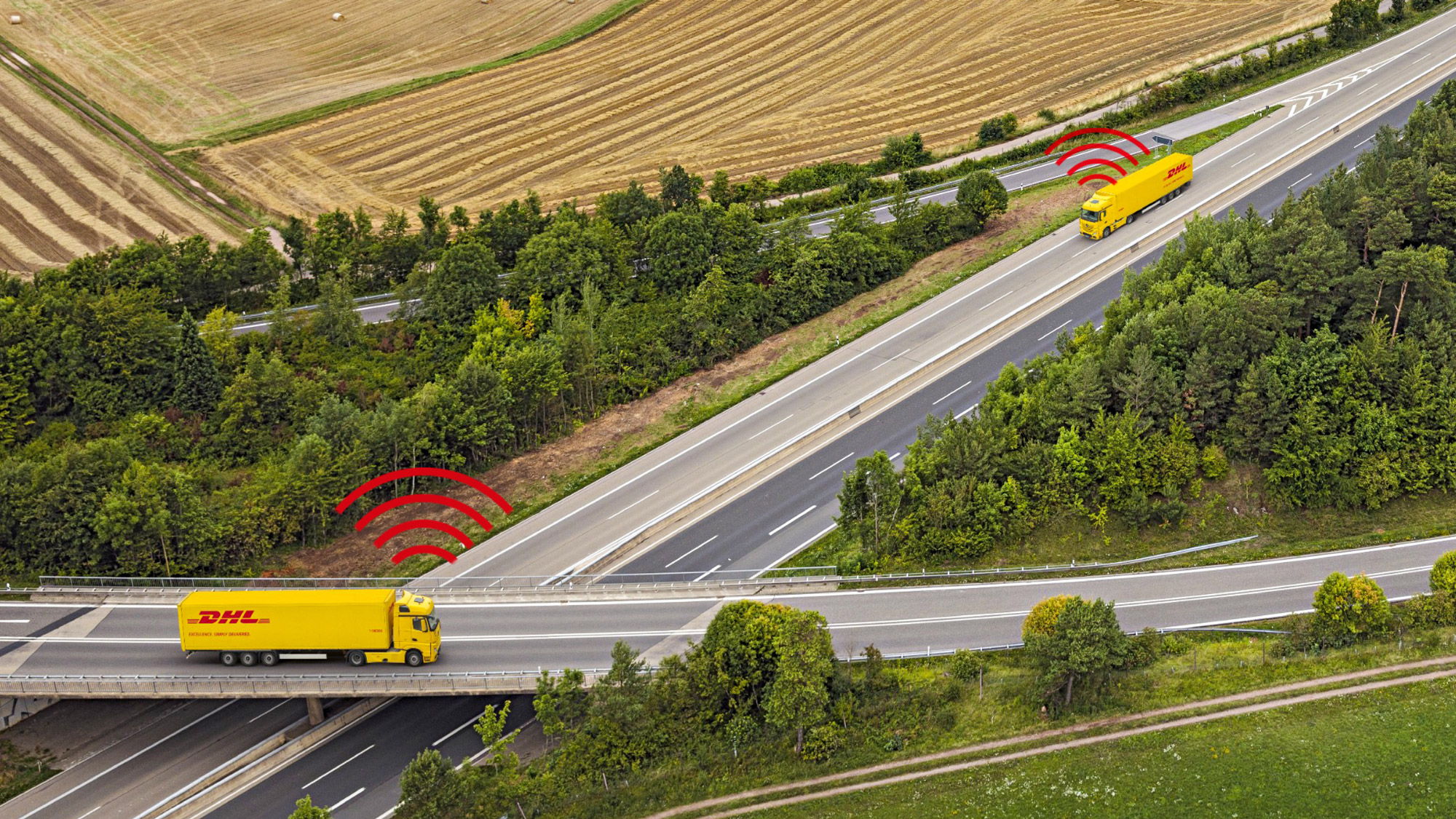 Chatting like a real truck driver: Due to numerous trucker films of the 1970s, CB radio enjoyed great popularity among the general public. It was virtually a part of the pop culture of the time. No one could imagine a professional driver's cabin without a CB radio back then – today the situation is different.

CB Radio: What does CB mean?

CB (citizens band) radio is a local means of communication, a voice radio to be used free of charge. In this case, "local" implies that communication via CB radio is only possible within limited ranges. Permanently installed antennas, for example on the roof of a house, can cover ranges of 30 to 80 kilometres, while mobile antennas usually do not go beyond 10 to 30 kilometres. The compact handheld radios have a range of only 0.5 to 5 kilometres.

Today, thanks to smartphones and social media, a conversation with a friend or a complete stranger is just a swipe away. Before such communication forms were invented, however, CB radio was a most welcome change to the otherwise lonely job of a truck driver. Anyone who switched on the CB radio could immediately communicate with other drivers nearby – or just listen to others talk.

Today, anyone who wants to be informed about traffic jams or accidents ahead can quickly obtain all the necessary information via navigation apps. In the past, truck drivers had to rely on traffic broadcasts and information from other truckers.

So, has the smartphone replaced the CB radio? There is a lot to be said for it – and it applies to many drivers. The popularity of CB radio has declined significantly over the last decades. But there are still good arguments for using CB radio, especially for professional drivers. This year's flood disaster in Germany, for instance, has shown how this supposedly old technology can still be of great benefit today.

When the worst natural disaster since 1962 – in terms of the number of victims – struck Germany in July 2021, chaos reigned. To make matters worse, modern technologies such as mobile communications failed in this chaos. For hours and days, many residents affected by the flood were cut off from the communication channels they are accustomed to – at the very time when fast communication channels could have brought decisive advantages.

Traditional technologies such as CB radio provide resilience in such circumstances and allow fast coordination among each other. Truck drivers can be notified at an early stage about damaged bridges, blocked access roads, or approaching water and choose alternative routes to their destination. Speed is sometimes crucial in such situations and reliable technologies are a precondition.

2. Considering the Safety of Professional Drivers

Of course, the safety and health of truck drivers and all the other road users always come first. Using CB radio is an excellent way to alert other drivers on the same route to potential safety hazards. Information on traffic jams or bad weather conditions, such as icy roads, can also be provided via this channel. The big advantage: The warning is not received exclusively by those drivers whose mobile number is at hand or who use a corresponding app.

Everyone on this channel has a chance to alter the route and arrive as safely and timely as possible. Besides, the driver will not be distracted by the use of a smartphone while riding.

In Germany, according to the official traffic regulations (StVO § 23 paragraph 1a), it is no longer permitted to communicate via CB radio without a hands-free system since July 2021. Worth mentioning here: A corresponding regulation for cell phones has already been in force since 2001, as is the case almost everywhere else in Europe.

Because the same basic technology has been used for CB radio since its introduction in 1945, it is much cheaper than other types of mobile communication. The entry-level price for sufficient devices is around 40 euros, good devices can be purchased for about 100 euros. Additional costs of about 40 euros are incurred for mobile antennas and power supply. Finally, a measuring device for checking the electrical adjustment of the antenna is recommended, which is also quite affordable at another 20 euros. Other than that, there are no further costs for using the frequency.

4. Variety During the Ride

Life as a professional driver requires a strong commitment and comes at a price: irregular shifts and sometimes week-long tours often come at the expense of private life, not to mention the physical exertion. The social aspect of CB radio should thus not be underestimated. It offers drivers the opportunity for an informal, friendly exchange when they need a few kind words.

For many of us, the term "community" is closely associated with the use of social media platforms such as Facebook and others. But with CB radio, truck drivers are also part of a community – even without an internet connection. Old hands and newbies alike have a sense of belonging and "being there for each other". A pleasant, entertaining conversation also adds variety to the workday that radio, which only broadcasts but does not listen or respond, cannot provide.

5. Reliable Communication at Any Time

One reason for the decline of CB radio is the short range of CB radio in comparison to smartphones. Such factors as the nature of the landscape, the number and height of nearby buildings, and the number of drivers active on the frequency all come into play here. This is where the cell phone is clearly ahead, because given enough cell towers in the area, there is no range limit at all. However, if they are lacking or if there is an overload or interference, as in the case of the flood disaster mentioned at the beginning, CB radio is a – sometimes lifesaving – alternative

CB radio: all the facts at a glance

Future Outlook for CB Radio – Complement to the Smartphone

Sophisticated technologies such as smartphones and tachographs allow drivers to communicate and receive or transmit information in a straightforward manner. So, the question is: Does the CB radio still have a legitimate place in the driver's cabin or are modern technologies making it obsolete? CB radio devices, as we know them from the past, are banned today anyway. Instead of a microphone that the truck driver holds in his hand, CB radio is now only permitted with a hands-free system.

Possible safety concerns regarding operation are thus eliminated. Anyone who wants to be always reachable and stay informed about what's happening on the road can combine CB radio and smartphone use. After all, it's hard to imagine CB and cellular radio failing simultaneously. And by the way, push-to-talk communication can also be carried out via the smartphone using CB radio apps.

A bit of nostalgia in a new guise, so to speak. 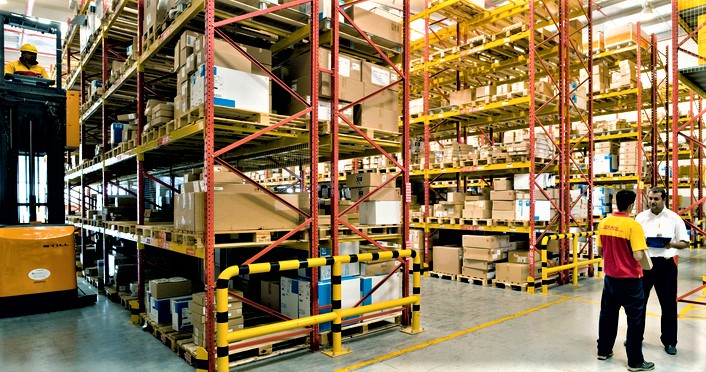 DHL Supply Chain is implementing the first digital twin of a warehouse in the Asia-Pacific region for Tetra Pak. The ...

[DHL Freight Finland handles approximately 1.8 million tons of freight a year – and has a service to offer for every logistics need. 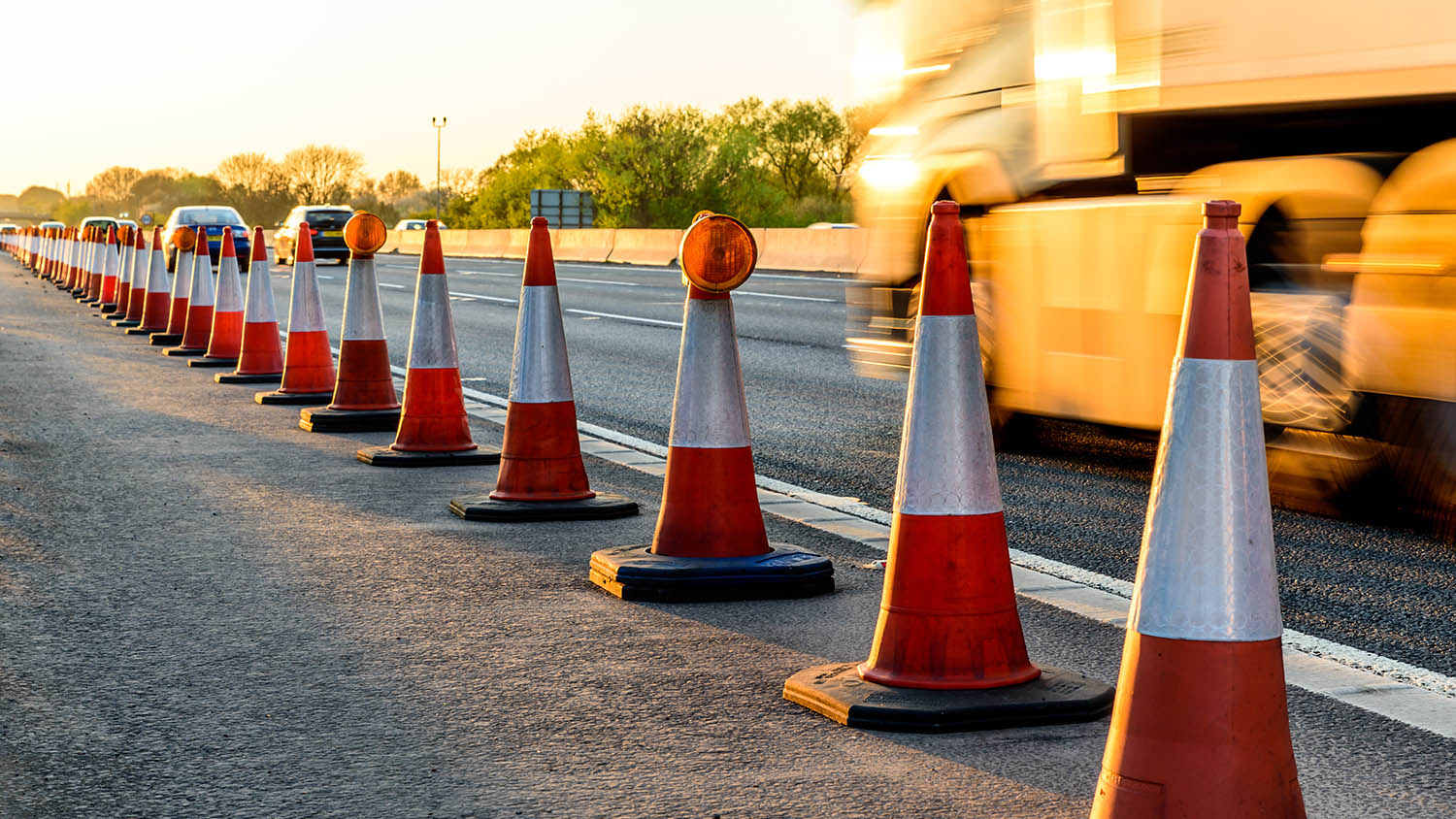 Squeezing through construction sites on European freeways is stressful. They often cause congestion and accidents. Driver assistance systems and smart ...