Safer, more efficient and even fuel-saving – these are the benefits promised by platooning technology. However, whether we will soon see rows of trucks driving closely behind each other on motorways is not only a question of technology, but especially of politics. Driving closely together with only a small gap between each other while using the slipstream of the man in front – this is a rather normal thing at the Tour de France. Cyclists know all about the advantages of riding in a pack and generally ride the large part of the Tour de France stages together in a group – with the exception of those who actually break away. The same tactic will in future also be made use of by trucks – only with electronic support. Platooning is the name given to the system of tightly packed truck convoys. Trucks on motorways ride within a distance of ten meters from each other. But the technology is not new: As part of the European research project “Safe Road Trains for the Environment”, known as "Sartre", techniques for driving in a convoy led by a truck have been developed for several years. Initial tests on the road were carried out in 2012 in Spain.

In order to avoid accidents during such close tailgating, the trucks used in platooning are equipped with GPS, radar and WiFi as well as assistance systems for autonomous driving. The systems communicate with each other while driving. The first truck is the lead vehicle – it determines the direction of travel and speed. If it goes around an obstacle, such as a construction site, the others follow. At the same time, this narrow single-file driving creates space. Three trucks with platooning technology together require 80 meters of motorway. And that is merely half of what normal trucks require when taking into account the minimum mandatory distances between them. The small distance between the vehicles reduces drag. That means that platooning can reduce fuel consumption by up to ten percent. But the lead vehicle also benefits since air swirl no longer develops at the rear and slows down the vehicle. If another car squeezes into the convoy, the vehicle in front of it and behind it automatically assume a safe distance. And platooning also has advantages in terms of safety: A computer-controlled truck responds far faster than any human could. For example, the platooning system that Daimler is currently developing sends brake signals to the following vehicles within less than 0.1 seconds. Truck drivers generally require a response time of 1.4 seconds – if they are very good.

In order for the system to work properly, two essential conditions must be met: First, the associated vehicles need similar engine power. Second, the vehicle with the highest total mass should lead the convoy, so that the convoy can stay together on ascents. From a technical point of view platooning will be possible throughout Europe by 2020, say truck manufacturers. But feasibility alone is not the only hurdle that has to be taken on the road to everyday use of such truck convoys. Because, the legal framework currently exists neither at a national nor at a European level. Politics will have to set the course and, for example, adjust traffic regulations across borders. Furthermore, the general public may also see platoons on motorways as an obstacle or threat rather than a sign of progress. According to a survey by the Deutsche Verkehrs-Zeitung (DVZ), nearly 45 percent of logistics professionals expect that people would rather accept long trucks than truck convoys on motorways. 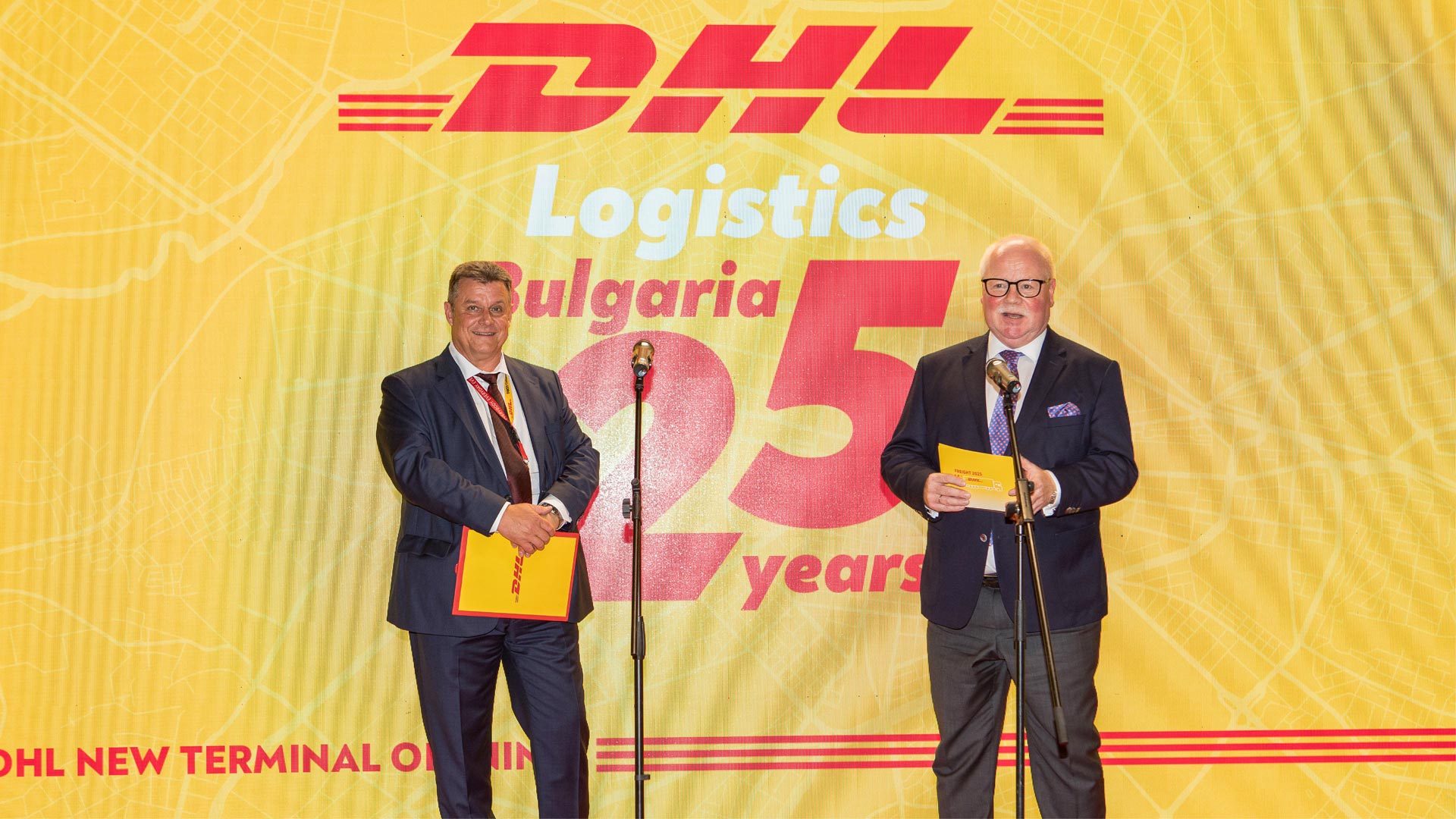 DHL Freight 2022 has been offering logistics solutions in Bulgaria for 25 years. So with the opening of a new ...

[Efficient and ergonomic – the new DHL Freight terminal in Malmö, Sweden, has been opened.

[Saloodo!, the digital freight exchange from DHL launched in January 2017, brings consignors and freight forwarders together on a single platform and is fully on the road to success: 4,900 transport companies are already signed up to offer customers services in 17 countries (as of May 2017).